Dr Goldsmith a retired Consultant Nephrologist, is one of the founders of Kidney Research Northwest. He is a past Chairman of the Executive Committee. Although retired from the Executive he still supports in any way he can.

Mr Keith Parsons is a past Chairman of the Executive Committee when we were Mersey Kidney First. Mr Parsons before retirement was a Consultant Urologist at the Royal Liverpool University Hospital. 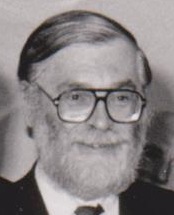 Mike was a member of the Executive Board of Mersey Kidney Research from the 1970’s, has supported Research Fellows from the 1980s, and over this period has hosted ‘Open Days’ for Mersey Kidney in the spreading Satellite Dialysis Units across the Region. He chaired the Scientific Advisory Sub-Committee for many years.

In his spare time, he has been a Consultant Nephrologist since 1975, at Sefton General, the Royal Infirmary, the Liverpool Royal, Arrowe Park, the Countess of Chester, and has visited many other hospitals in the Region, with growing confusion as architectural styles are replicated.

Since formal retirement he has continued to enjoy clinical work in Locum positions on Wirral, in Chester, and more recently further afield.